The 3 Biggest DUI Mistakes Drivers Make During A Traffic Stop. 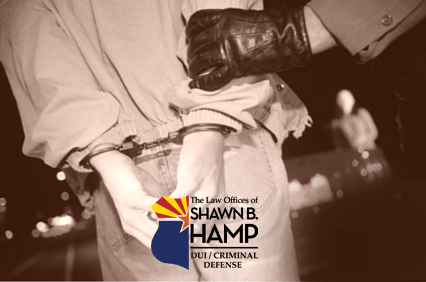 What Not Do If Charged With A DUI

The biggest mistake that anyone can make is getting behind the wheel of a vehicle after having too much to drink.  Poor planning compounded by impaired judgment can lead to a decision that is costly and could be fatal.

Alcohol not only impairs the judgment of DUI suspects before they get behind the wheel but also after they get pulled over by a police officer.  Even if you are not impaired by alcohol it is extremely intimidating to be the suspect of a DUI investigation.  A truthful admission of having some alcohol before being pulled over can lead to a battery of tests and poor decisions that can lead to a DUI arrest and a possible conviction. The following are three of the biggest DUI mistakes drivers make during a traffic stop:

A traffic officer only needs reasonable suspicion that a traffic violation was committed to stop a motorist who is driving or suspected of a DUI. But to arrest a DUI suspect an officer needs a higher burden of proof or probable cause that an actual DUI was committed.

A police officer develops probable cause by conducting a DUI investigation. Police officers do this by having a suspect submit to field sobriety tests. These test include the Horizontal Gaze Nystagmus Test (HGN, a.k.a. the pupil/follow my pen test), the finger to nose test, the walk and turn, one leg stand, and the Rhomberg Modified (Alphabet Test).

For a Standardized Field Sobriety Test *FSTs”  to be reliable and accurate they need to be instructed, explained and measured exactly the same way each and every time. The problem is that they are not.

Each officer explains and measures these tests differently. Each roadside stop has different terrain and weather conditions. Poor performance can be caused by nervousness, fatigue, or physical impairment.

There is no explanation or criteria for what is a successful test. Is missing your nose once a pass or fail?What if I sway just a little bit?  What if you can't say the alphabet at 2:00am without singing?

The only test you are required under law to complete is a breath or blood test once you have been arrested. This is the test conducted when you blow into the machine at the police station or a licensed phlebotomist draws your blood to be collected in vials.  An officer must read a legal form that warns you that these tests are required before you have to submit to them.  In Arizona, you do not even need to blow into the roadside portable breath test (PBT) because that test device is not reliable enough to be required.

If you are ever asked to perform a field sobriety test, don't do it. You won't get a ribbon if you pass it, and it will just end up being used against you in Court.

You have an absolute right to remain silent. This right is enumerated under the 5th amendment of the United States Constitution. You do not have to be witness against yourself. In each and every DUI investigation a police officer is going to ask you questions to do just that.

It all starts with the first question. “Where are  you coming from?” Then the next question. “Have you been drinking?”.  Then another question. “How much have you had to drink?”.  “Coming from the bar”, “Yes”, and “Just a couple of beers” are not good answers.

A police officer is not even legally required to give you Miranda Warnings before they start asking you these questions. The reason is because Miranda Warnings are not required to be given unless you are in police custody. When you are stopped along the road you are not in custody yet. You could end up saying something that will give the officer probable cause to arrest you.

Think about it.  The officer has already arrested you. They know your alcohol level if you blew into the machine already.  The jail is waiting for you. You are not going home even if you give a “60 Minutes” interview to the police officer.

Mistake 3: Not Requesting a Lawyer.

Everyone has the right to consult with an attorney during any criminal investigation before or after being arrested. Rule 6.1 Ariz. Rules of Criminal Procedure. This even includes DUI suspects.

Most DUI suspects don't know or don't ask for a lawyer.  Many don't know they have a right to call an attorney or call a family member to secure an attorney.  Sometimes an officer may even try to deter a suspect from calling one.

In DUI investigations, this right is important because the time frames of a DUI investigation are critical in making the decision to obtain “independent exculpatory evidence”.  Denial of that right can result in a DUI case being dismissed. State v. Holland, 147 Ariz. 453, 456 (1985).

Any evidence obtained following the violation of a defendant's right to counsel must be suppressed, and often times a dismissal of the charges is the remedy when the State interferes with a defendant's inability to consult with counsel.

DUI investigations and prosecutions are some of the most complicated and technical cases to prosecute and defend. Police officers can often make mistakes during their investigations.

There are many legal steps and technical requirements for a DUI investigation to be properly conducted.  If you or someone you know is charged with a DUI it is always advisable to consult with a criminal attorney who can review the case to spot any possible issues or defenses.  Don't make one of these common DUI mistakes if you can avoid it, but if you do don't hesitate to call a lawyer right away.

Comments have been disabled.