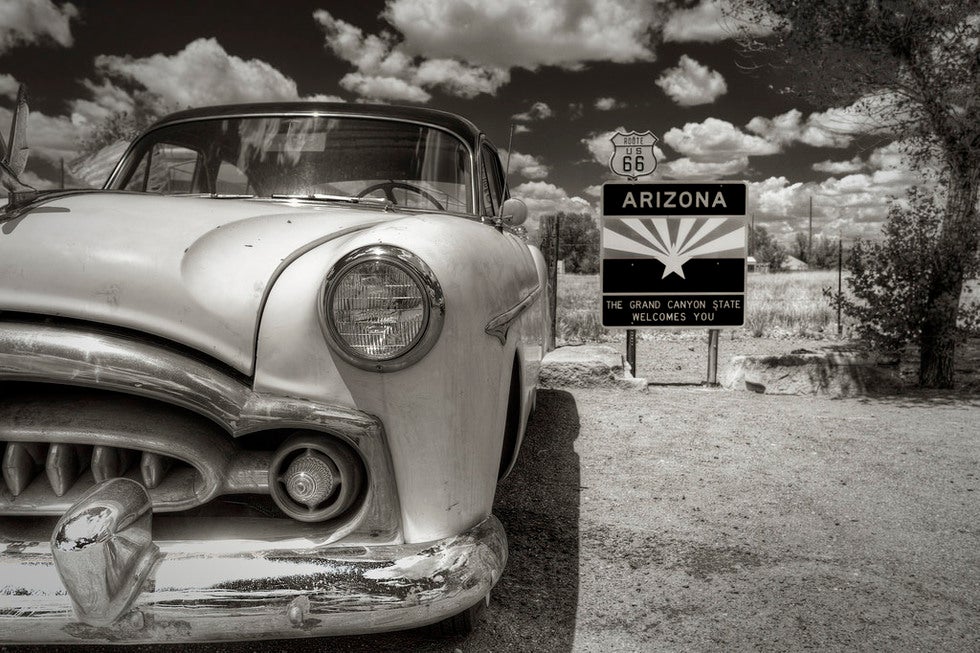 Ash Fork is an extremely small town located in the northwestern part of Yavapai County. The town of just 396 (2010) residents boasts the claim as "The Flagstone Capital of the World" with its concentrated amount of quarries located around the area.  Founded as a railroad town in 1882, Ash Fork received its rather unique name due to a railroad General Superintendent discovering a thicket of ash trees near the railroad tracks.

The Santa Fe Railroad provided a descent amount of pedestrian traffic in the late 19th and early 20th century. Locomotive and horse were the only ways to travel to and from Ash Fork until the paving of  historic US Route 66 in 1948. This highway greatly benefited the business owners of the small town, as tourists began to stop in Ash Fork during their excursions across the West.

Unfortunately, due to the I-40s creation, many drivers now bypass the small town as they seek more efficient travel. This has drastically effected the economy of Ash Fork. According to CityData, the median household income in Ash Fork is just $28,751 compared to the Arizona average of $51,492. However, the low median income is coupled with relatively low costs of living in the northwest United States and a low house value.

Nearly 63% of Ash Fork residents live below the poverty line. According to AreaVibes the crime rate in Ash Fork is a whopping 96% above the national average.