Over the last decade, the rate of people being apprehended and charged with a DUI for driving under the influence of drugs in Arizona has increased. While most people are aware of the state's legal limits imposed on drivers for alcohol consumption, many may be oblivious to the state's equally stringent drugged driving laws. State law enforcement has placed an emphasis on enforcing this legislation hastily and aggressively. And as with alcohol-related DUI cases, mandatory minimums for the conviction of a drug DUI offense are unforgiving.

If you have been charged with a drug DUI, it may seem as if the cards are stacked against you. This is why it's important that you, as a driver, know your rights. Working with a skilled attorney who is dedicated to defending and protecting those rights will maximize your chances of a favorable outcome.

A DUI drug offense can be committed using legal or illegal drugs.

According to Arizona's Revised Statutes (A.R.S. 28-1381), it is illegal for a motorist to drive or be in physical control of a vehicle within state lines while under the influence of a drug or controlled substance. If you have been pulled over by a police officer, and he or she has a reasonable suspicion that you are impaired by a drug while driving, you may be arrested and subjected to drug testing at a local police department.

One of the elements that make Arizona DUI so strict is that the discretion of the officer is all that is required for a driver to be arrested and charged with drugged driving. Under Arizona law, sound evidence of impairment is not needed to constitute a drug DUI charge. If an officer is able to prove that his or her suspicion of impairment was reasonable, a driver's arrest for a drug DUI is deemed lawful.

What drugs are prohibited?

Any drug or trace of a drug that has an adverse effect on the ability of a motorist to drive safely - such as memory, good judgment, motor skills and a sense of depth perception - are prohibited under Arizona law. Arizona Revised Statute 13-3401 provides a lengthy list of drugs that will lead to a drug DUI arrest if found in the system of a driver.

Some of the most common drugs that are associated with drug DUI charges are marijuana, methamphetamines, cocaine, ecstasy, amphetamines, psilocybin mushrooms, nitrous oxide. In addition to these illegal substances, law enforcement has found that opioids, which are found commonly in prescription medications, also are extremely intoxicating and can lead to a drugged driving charge. Codeine, hydrocodone, and oxycodone are frequently cited as leading causes of drug DUI charges. 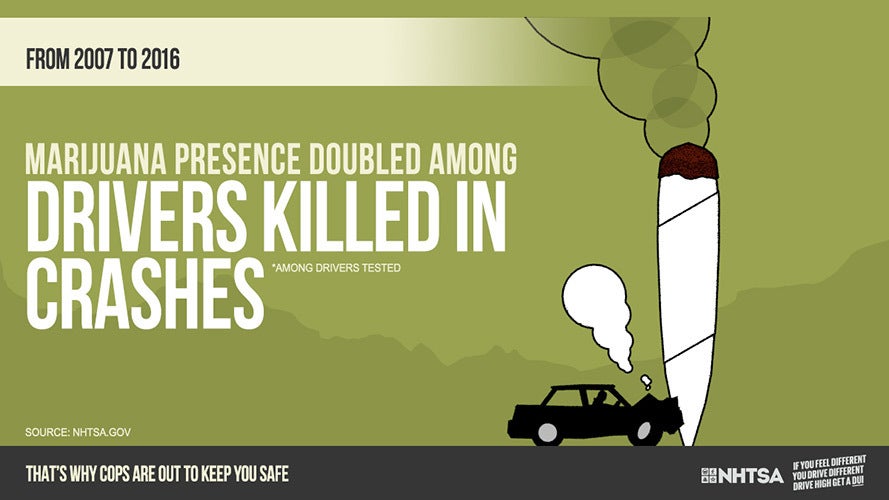 Arizona has enacted what is referred to as a zero-tolerance law pertaining to drugged driving. This means that any trace of drugs found in a person's system around the time that they were driving a vehicle could land them a DUI charge in the slightest degree. All it takes is an officer's supposed reasonable presumption of impairment for a driver to be apprehended and charged.

When an individual is pulled over on the suspicion of driving under the influence of alcohol, police officers have the option of administering a roadside field sobriety test while on the scene. In drugged driving cases, however, the immediate administration of a drug test is currently not possible. Nonetheless, any person who is arrested under the suspicion of driving while impaired by drugs will still be subjected to a drug test under the state's implied consent law. Under this law, a person operating a vehicle in Arizona implicitly agrees to take a chemical test of breath, blood or urine after the person has been arrested and upon the request of a law enforcement agent.

You cannot be charged with a violation of this law if an officer did not warn you of the consequences of not taking a drug test.

Being in physical control of a motor vehicle while under the influence of any amount of drugs is classified as a class one misdemeanor in the state of Arizona. Unlike most other states, Arizona also imposes mandatory minimum jail time even if a person acquires a DUI in the slightest degree.

When accused of a drug DUI in Arizona, a driver should expect to face the following penalties:

Second Offense DUI - within seven years of a prior conviction

Third Offense DUI - Within seven years of a prior conviction

If you have been arrested under the suspicion of driving under the influence of drugs, it is important that you contact a defense attorney who is well-versed in Arizona's drug DUI law. The attorneys at the Law Offices of Shawn B. Hamp, P.C. are dedicated to protecting your rights. Contact us today for a free consultation.