A misdemeanor criminal offense is a crime that may be punishable up to 6 months in jail.

Courts of Limited Jurisdiction. It is an offense that is less serious than a felony and does not involve prison, but it may have some serious professional and personal consequences if convicted.

Some common Misdemeanors include the following types of offenses:

These offenses are generally considered a minor wrongdoing compared to more serious Felony Offenses. Misdemeanor offenses often can affect people from all walks of life.

Professional Consequences of a Misdemeanor

If you are convicted of a misdemeanor criminal offense you ability to find employment may be impacted severely.

Most employers ask potential job applicants if the have been convicted of any offense. An applicant who answers truthfully would have to affirmatively disclose that conviction.

Many of these licensing boards require disclosure of offenses at the application and renewal process or have a continuing duty to disclose an offense committed while licensed.

Some colleges and universities require disclosure of any prior crimes. A criminal conviction may prohibit admission or eligibility for financial aid. 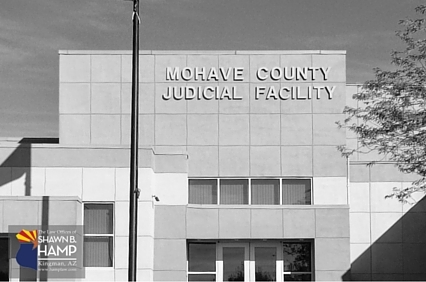 Class 1 misdemeanors are some of the most common crimes that defendants get charged and arrested for. Class 1 misdemeanors include physical assault (causing injury), crimes of domestic violence including disorderly conduct, possession of marijuana (if cited by a police officer), theft of property under $1,000, shoplifting, driving under the influence.

Class 2 misdemeanors include such crimes as criminal speeding, criminal damage of property less than $250, non physical assault placing someone in fear of imminent physical harm (no physical injury)

Class 3 misdemeanors, include such crimes as assault by offensively touching someone, violation of promise to appear, loitering, criminal nuisance, adultery.

Petty offenses include such crimes as scalping, furnishing or possession of tobacco to or by a minor, unlawful feeding of wildlife.

Why You Should Hire An Attorney For a Misdemeanor Case.

Hiring an experienced criminal lawyer can help determine whether there are any defenses or reasons for dismissal of any misdemeanor charges.  A criminal attorney can help negotiate any possible plea agreements at a pretrial conference or represent you at a bench or jury trial in the municipal or justice court.  An experienced criminal defense attorney will know the local court system and can assess possible outcomes in court or with local prosecuting agencies and can advise you on the best course of action.

If you are convicted of a misdemeanor you will immediately face some personal consequences.

For more information about Arizona criminal law, Arizona criminal courts, the criminal process, or to discuss your criminal charges with an experienced criminal defense attorney, please call us at 928-753-6868, email us or fill out the case evaluation form on our Contact Us Page. Let the Law Offices of Shawn B. Hamp and our attorneys help you!