Most drivers do not begin with the thought that they intend to drive while intoxicated on Arizona's roads. This is very true when the person does not even realize the legal prescription or over-the-counter medication they are taking has serious side effects that can affect his or her ability to drive. Many side effects are unknown to people taking medications or may be stronger than anticipated.

It is possible to be charged with DUI in Arizona even when you did not know that you were under the influence or that the medication could affect you in that way. 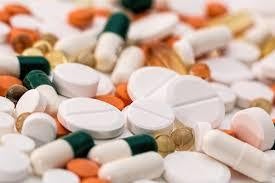 In Arizona, mixing driving and prescription drugs could easily result in a DUI.

DUI From Prescription Drugs: What You Need to Know

Many medications carry warning labels that describe possible side effects, but few can truly warn you of the effect the medicine may have on you specifically. We are all different and are affected by medications in different ways. Additionally, some doctors and pharmacists fail to properly warn patients of the side effects of prescription medications. So, not only do the effects differ person-to-person, but some of you may not be fully aware of the possibility of side effects.

As a result of the side effects, drivers under the influence may:

What Types of Prescription and Over-the-Counter Drugs Can Cause an Arizona DUI?

Many different kinds of over-the-counter and prescription drugs can lead to an Arizona DUI. Many drugs and their side effects cause impairment to your ability to drive safely and legally. Some are unexpected in how you may react to them.

Some medications can cause adverse and unexpected reactions. These include things as common as:

Nighttime medicines are meant to induce sleepiness and can impair your ability to drive. Many cough syrups contain codeine, a powerful drug that makes drivers sleepy and dizzy. Some drivers even have unexpected reactions to allergy medicines, which typically also cause drowsiness.

Prescription medications can carry all kinds of side effects. Your doctor or pharmacist should provide an overview of potential side effects, but not always. Make sure to read all labels and information packets before taking a new medication.

Prescription painkillers are the most common prescription drug to cause driver impairment and intoxication. These include:

Anxiety medications also tend to cause impairment in drivers, often in ways and at strengths that are totally unexpected. These include:

Make sure to understand how a new prescription affects you before getting on the road. If you have a new medication, read the information label and ask questions. Don't be caught unaware and intoxicated on Arizona roads. Arizona has some of the strictest DUI laws in the United States.