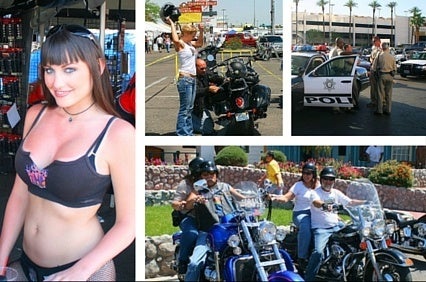 The 2012 Laughlin River Run is coming, April 25-29th.  This event is considered the largest motorcycle event on the west coast.  It take place every year along the Colorado River, across from Arizona in Laughlin, Nevada.  This annual event will be celebrating it's 30th anniversary and will draw an estimated thirty thousand visitors.  As with every River Run, law enforcement will also be out in full force during this event increased patrols.  Law Enforcement has exhibited an increased presence at this motorcycle rally since the infamous Hells Angels – Mongols riot that occurred in 2002.

Last year, in 2011, several arrests were reportedly made during the River Run by these police patrols.  Las Vegas Metro reported that 31 people were arrested.  Six individuals were charged with felonies, which included drug possession and grand larceny offenses.  Over 199 citations were issued for traffic offenses.

While the epicenter for the events remains in Laughlin Nevada, many motorcyclist will be enjoying the scenic sites of neighboring Arizona.  Whether it's a ride through Kingman on historic Route 66, a visit to Hoover Dam, or a trip to the ghost town of Oatman, Arizona, there is plenty of open road to ride and explore.  Arizona police agencies will also be on patrol in Mohave County.

If you are contacted by the Police during the 2012 Laughlin River Run, hopefully you will have read my poston what to say when contacted by law enforcement.  If you are arrested or given a criminal citation, contact my office for a free telephonic consultation.