5 Things You Should Know About Arizona DUI Laws 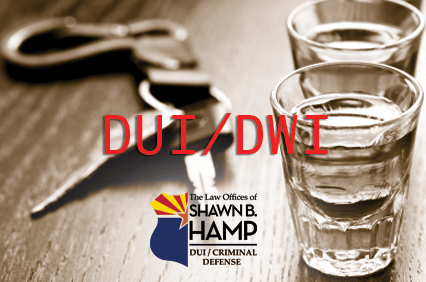 Arizona DUI laws are stricter than many states, allowing for more arrests and harsher penalties if you are convicted. These laws are in place to prevent alcohol-impaired drivers from getting behind the wheel and putting the lives of everyone on the road in danger.

While driving under the influence is unacceptable in any situation, you may find yourself behind the wheel when you are not completely sober. If you are stopped in Arizona, there are a few things you should know to make sure your situation doesn't end up as a worst-case scenario.

1. Arizona Is a No-Tolerance State

Arizona is a no-tolerance state with a zero-tolerance law. This means you can be arrested and convicted even if your blood alcohol level is below the legal limit. If a police officer has probable cause to believe you are impaired even “to the slightest degree” due to drugs or alcohol, you can be arrested.

2. There Are 4 Ways You Can Be Charged With a DUI

According to Arizona DUI laws, you can be charged for a DUI if you are driving or in physical control of a vehicle if:

If you are stopped and any of the above applies, you risk conviction and a jail sentence.

3. A DUI Conviction Can Have Serious Consequences

The AZ DUI penalties are harsh compared to many other states. If convicted, you can face a mandatory minimum of ten days in jail (with up to 9 days suspended), or up to six months in jail. These jail times do not even apply to Felony Aggravated DUI charges which can carry up to 3.75 years in prison.

4. You Only Have to Submit to Some Tests

You can refuse a field sobriety test and vehicle search if you are pulled over by a police officer. If the officer suspects you are impaired, you will be arrested regardless so submitting to a test gives the officer more evidence against you.

However, under Arizona law, a driver of a vehicle automatically consents to have their blood or breath tested if an officer has probable cause that they are operating a vehicle under the influence. If a driver refuses to submit to an intoxilyzer tests of their breath or a blood draw, their license may be suspended for up to twelve months.

5. You Should Hire an Attorney

If you are arrested for a DUI in Arizona, it's best to hire an attorney. You will need representation from an experienced DUI lawyer like the attorneys that are members of the Law Offices of Shawn B. Hamp. A DUI attorney can work to have the DUI charges reduced or dismissed and to save your driver's license from automatic suspension.

An experienced DUI attorney can evaluate the entire case to spot issues involved with the investigation, field sobriety tests, and scientific analysis to determine if there are possible defenses.