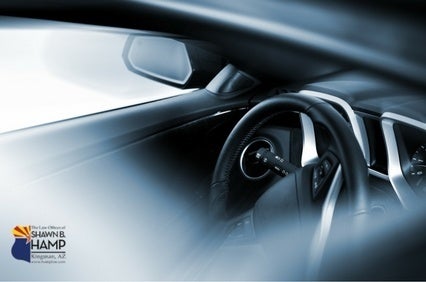 Can you be found guilty of DUI when you are not found driving?

Driving Under the Influence in Arizona does not actually require that a person be driving.

Arizona law states that if you are driving or in “actual physical control” of a motor vehicle while impaired to the slightest degree, with a blood alcohol concentration of .08% or more within two hours (.04% if in a commercial motor vehicle) or with a illicit drug or its metabolite in your body, you can be found guilty of DUI.

“Actual physical control” is determined by the particular facts of a case and not any rigid means boilerplate test.  Factors that have been considered in determining “actual physical control” include whether the vehicle was running or the ignition was on, where the key was located, where and in what position the driver was found in the vehicle, whether the person was awake or asleep, if the vehicle's headlights were on or off, where the vehicle was stopped (in the road or legally parked), whether the driver had voluntarily pulled off the road, the time of day and weather conditions, if the heater or air conditioner was on, whether the windows were up or down, and any explanation of the circumstances advanced by the defense.

There may be other factors depending on the facts of your case.

The Importance of Your Right to a Jury Trial

Jury trials require that all jurors agree that a person has committed DUI before that person can be found guilty.  The number of jurors in a case depends on whether the DUI charge is a misdemeanor or a felony.  Misdemeanor DUI's have a jury of six people while felony DUI's have a jury of either 8 or 12 persons depending on the potential length of any prison sentence that may be imposed, if convicted.  Whether it is a misdemeanor or a felony, a person cannot be convicted unless all jurors agree that the person is guilty.

Types of Cases where “Actual Physical Control” is a Question

The Arizona Supreme Court has found that pulling off to the side of the road and turning off the vehicle is not “actual physical control”.  The court has determined that it is reasonable to allow a driver who believes that they are too impaired to drive to pull off to the side of the road, turn off the car and sleep until they are sober without the fear of being arrested for DUI.

The totality of the circumstances and whether a person's current or imminent control of the vehicle presented a real danger to him or herself or others at the time is to be considered.  These factors might include, but are not limited to those factors listed above.

Consult with an Attorney

If you are not actually driving down the roadway when contacted by law enforcement, you need to contact The Law Offices of Shawn B. Hamp to examine all the available evidence and advise you whether you have a “actual physical control” defense to your case.  There is too much at stake to try to go forward without competent legal advice.  Our office is here to provide you with that advice.

Whether a driver is in “Actual Physical Control of a Motor Vehicle” is a question that a jury must decide.

Essentially if a driver is no longer a threat to other motorist and if they voluntarily pull themselves off the road it is public policy that we want to encourage drunk drivers to do that. If a driver is using their vehicle as just a shelter instead of a mode of transportation then a jury can legally justify that find that is a defense to DUI.

The facts of each case is different and it is up to the jury to determine whether the evidence shows Actual Physical Control or not. The jury must weigh those factors when deciding their verdict.