An Arrest Is Not the Same as a Conviction 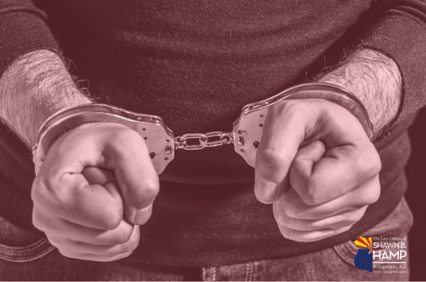 In one of our recent blog posts, we covered the story of a beloved USC professor and his bogus arrest for driving under the influence (DUI). The incident highlights the often-forgotten fact that, in the American legal system, there's a huge difference between an arrest and a conviction. Unfortunately, because so many people have forgotten this fact, those who get arrested but who are completely innocent are subjected to unfair stigmatization that can change their lives for the worse.

Arrests, and How They Happen

Arrests happen all the time. Police officers are supposed to arrest people whenever they have even the remotest suspicion that they have committed a crime, no matter how small. In fact, police officers often arrest people even if they know they haven't committed a crime if that is what they think it will take to de-escalate a tense situation. Other times, police officers are promoted within their department in large part based on how many arrests they make, so they try to make as many as possible, including ones that are a stretch of the law.

In essence, this means that, even in the best of circumstances, you can get arrested if a police officer is even the slightest suspicious that you've committed a crime.

Convictions, and How They Happen

Precisely because arrests can happen quickly, often, and with very little evidence, convictions only happen after an extensive and exhaustive process. A conviction can only happen after an arrest has been made, evidence has been gathered against the person arrested, that person has been formally charged with a crime, and then the evidence against that person has been presented to an impartial jury who were convinced, beyond a reasonable doubt, that a crime was committed by the accused.

The difference between an arrest and a conviction is massive: Arrests can be made if a single person thinks that someone might have committed a crime, while convictions in most cases can happen only if an entire jury has no doubt that the crime was committed. While arrests happen in the heat of a moment, long before all of the evidence can be collected, convictions can only happen after all the evidence has been gathered and analyzed and people are sure that the crime happened and it was the suspect who committed it.

Nevertheless, many people in America seem to be convinced that an arrest means that the person being arrested was guilty. This leads to a strong stigma against people who have merely been arrested for a crime but were never convicted, which is unfair for innocent people who were arrested, only to be proven innocent in trial, having their charges dropped, or even being released without ever being charged, at all.

There are many repercussions of being convicted of a crime, from fines to jail time. However, there are also other, often unappreciated, consequences of a conviction that makes getting a solid criminal defense attorney even more important.

If you've been arrested in northwestern Arizona for a crime or DUI, call the law office of Shawn Hamp at (866) 490-HAMP or contact us online.