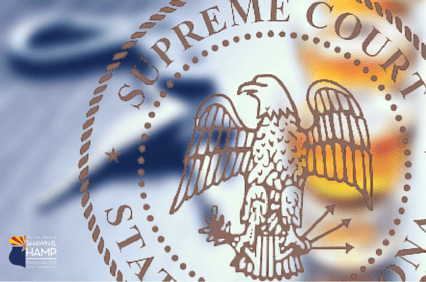 Police Officers Must Ask For Consent Or Obtain A Search Warrant For Alcohol Test In DUI and OUI Investigations.

On April 26th, 2016, the Arizona Supreme Court issued two rulings confirming that consent is required for Alcohol Testing during DUI and OUI investigations. Arizona police officers cannot assert to a DUI suspect that alcohol testing is mandatory in a criminal investigation merely because of Arizona's Implied Consent Laws.

The Arizona Supreme Court held that if the State only proved that consent by a drunk driving arrestee in response to an admonition for an alcohol test under Arizona Implied Consent Statute for automobile or watercraft operators then they cannot prove that consent was freely and voluntarily given during a criminal investigation.  The ruling was made in State v. Valenzuela (CR-15-0222 PR) and Brown v. McClennen (CV-15-0042 PR).

DUI Suspects Can Refuse Alcohol Testing Without A Warrant

Since suspects can actually refuse to submit to alcohol testing if police haven't obtained a warrant from a judge, it violates the suspects' Fourth Amendment right against unreasonable warrantless searches to tell them they must consent even under Arizona's Implied Consent Laws according to the court's ruling.

The ruling provides guidance to law enforcement by requiring officers to ask suspects for consent to alcohol tests and explaining that refusing will only face non-criminal consequences such as loss of their driver's license for a year or longer.

Under Arizona's Implied Consent Law for an Arizona DUI, a person who refuses to submit to an alcohol test of their blood, breath, or urine may face a twelve month suspension. A boater in an OUI investigation may face a civil fine of several hundred dollars if they refuse.

Despite these requirements under the law, a police officer may not assert authority that a test of a person's blood, breath, or urine is required or mandatory during a DUI investigation because under the 4th Amendment of the United States Constitution a person does not have to submit to a warrantless search.

Based on our review of the suppression hearing evidence, we conclude that the State failed to prove by a preponderance of the evidence that Valenzuela's consent was voluntary. . . By telling Valenzuela multiple times that Arizona law required him to submit to and complete testing to determine AC or drug content, the officer invoked lawful authority and effectively proclaimed that Valenzuela had no right to resist the search.”

A police officer may still obtain a search warrant for a person's blood if they refuse, but an officer must present articulable facts to a judge or magistrate to justify a warrant.

The Arizona Supreme Court ruling does not address whether consent is valid if an officer threatens to get a search warrant for a blood draw when a DUI suspect refuses.