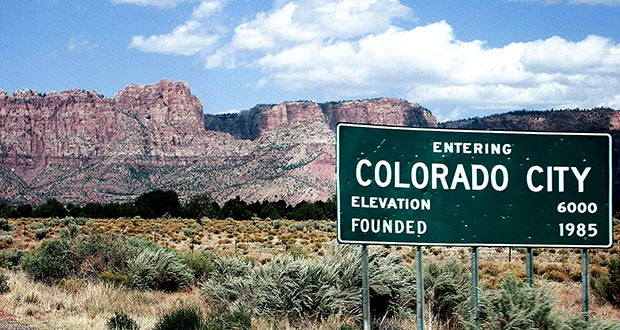 Colorado City is a large town in Mohave County, Arizona. Located in the so-called Arizona Strip – the portion of Arizona that lies north of the Colorado River which, due to the Grand Canyon, makes it nearly inaccessible from the rest of the state – Colorado City had a population of 4,821 during the 2010 census.

A significant majority of the residents in Colorado City belong to one of a small handful of fundamentalist Mormon churches, making religion a huge factor in the local culture and having an impact on many of the other aspects of town life in Colorado City. It is also the driving force behind much of the town's history.

For example, according to CityData, while the average household size in the state of Arizona was 2.6 people in 2015, it was an astounding 8.4 in Colorado City. The median resident age – which is 37.4 years in Arizona as a whole – was only 14.9 in Colorado City, making it unsurprising that more than half of the residents had less than a high school education. Additionally, the degree of affluence that local residents enjoy in Colorado City – already below the state's average – is concentrated in only a few hands. While the state's median household income was $51,492 in 2015, it was only $32,046 in Colorado City, and more than half of the residents were living beneath the federal poverty line.

Crime in Colorado City is almost unheard of, with crime rates only a tiny fraction of the U.S. national average. This is in spite of Colorado City's relatively small police force of only 1.25 full-time law enforcement officers per 1,000 residents, significantly lower than Arizona's average of 1.88.