Cottonwood is the largest town in Yavapai County, Arizona, that has the Verde Valley Justice Court. During the 2010 census, Cottonwood had a population of 11,265, making it one of the largest communities in the county outside of the Prescott area. In fact, the Verde Valley is home to several large communities of several thousands of residents each, including Verde Village, Camp Verde, and Sedona. Together, these towns make up a significant portion of the population of Yavapai County, as a whole. 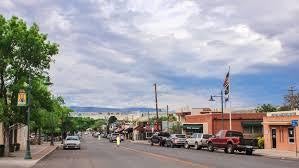 The congregation of people in Verde Valley is not a mistake: The Valley is an oasis of water in the otherwise arid area of central Arizona that includes Yavapai County. The Verde River flows through the area, bringing drinking water for more than two million people in the Phoenix area.

According to the website CityData, the residents of Cottonwood are far older than their counterparts in the rest of the state of Arizona. While the median age for Arizona residents was 37.4 years old, in Cottonwood, it was 51.4. Despite the older age of its residents – which usually means a higher income because of past job experience – Cottonwood's residents enjoy a lesser degree of affluence than the rest of the state. While Arizona's median household income in 2015 was $51,492, it was only $39,174 in Cottonwood, 24% below the state's median.

In an attempt to keep these crime rates in check, Cottonwood employs a significantly larger police force than one would expect from the rest of Arizona. While the Arizona average is 1.88 full-time law enforcement officers per 1,000 residents, in Cottonwood, that number was 2.65 in 2015, as the town had 62 full-time employees in law enforcement.