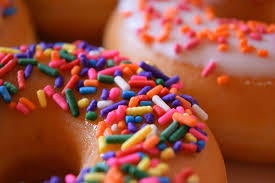 A man in Florida has settled a civil rights lawsuit against his local police department after they wrongfully arrested him for possession of methamphetamine. The incident, however, is only one instance of a larger problem in law enforcement: The field testing kits they use to detect drugs are notoriously flawed.

While bringing a friend home, Daniel Rushing stopped at a local 7-Eleven that was being monitored by police as a hotspot for drugs. Soon after he left the store, police pulled him over for speeding and another minor infraction. When they asked if they could search his car, Mr. Rushing let them.

The search turned up tiny crystals on the floor of the car. When the cop tested them in a portable drug testing kit, they came up positive for methamphetamine. Despite never even smoking tobacco, Mr. Rushing was arrested, jailed, and charged with drug possession.

The charges against Rushing, however, were dropped when further tests on the crystals found them to be donut glaze. Mr. Rushing filed a civil rights lawsuit against the city, which recently settled for $37,500.

Faulty Tests Lead to False Positives 21% of the Time

Rushing's experience is, unfortunately, only one among many.

A recent investigation by ProPublica and the New York Times found that law enforcement agencies across the country were using faulty drug testing kits in the field. Worse, these kits, which cost a suspiciously-low $2 each, have been used as evidence against drug suspects for decades.

The investigation found data from the Florida Department of Law Enforcement – the state where Mr. Rushing was arrested – which indicated that 21% of the time, when the field testing kit marked a substance as methamphetamine, it was a false positive. In half of those false positives, the substance was not an illegal drug at all.

Law Enforcement Has Been Aware of the Problems for Years

A key aspect of the ProPublica investigation was that police departments across the country were aware of the unreliability of the drug testing kits, but continued to use them, anyway. In fact, prosecutors urged judges to use them even more often in a handful of presentations that amounted to evidentiary hearings outside of the courtroom.

Getting arrested for something that you know you didn't do can be one of the most frustrating times of your life, as well as one of the scariest. Worse, you know that, if you don't have an excellent criminal defense attorney fighting for your rights and interests, it could easily get worse.

Criminal defense attorney Shawn Hamp works to represent those who have been wrongfully accused of a crime throughout Arizona. Contact him online or call his law office at 1-866-490-HAMP.