For the Standard Newspaper, Mohave County

Kingman, Ariz – A Mesquite, Nevada resident has been found not guilty for the alleged sexual abuse of a woman in Beaver Dam late last June. A Mohave County Superior Court jury deliberated for roughly an hour before finding Pedro Galeanna, 43, not guilty of sexual abuse. 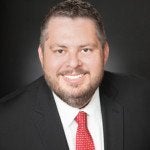 Defense attorney Shawn Hamp said the state had no evidence or corroboration of the alleged sexual abuse. He told the jury the state did not meet its burden of proof in what he called a “he-said, she-said” case.

The not guilty verdicts were returned when the two day sexual abuse trial concluded June 18.