Important things to know about DUI in Arizona 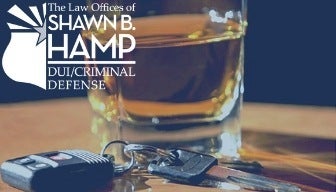 Arizona is a zero tolerance state when it comes to DUIs, and often those convicted will serve jail time on just their first offense.

When it comes to the subject of driving under the influence, Arizona is what we refer to as a zero tolerance state. No three strikes and you're out in Arizona. You can straight up be arrested by law enforcement for being too drunk. While those states with more lenient DUI laws would just let you go with a ticket and a warning the first time, Arizona's law enforcement will just skip that step and send you to jail if your blood alcohol level is too high.

The Range of Penalties in Arizona for DUI

The punishment for driving while intoxicated is divided into several levels and separated out into first-time and second-time offenders in terms of the amount of jail-time, fines, length of license suspension, and amount of community service required by offenders.

These penalties can range from ten days of jail time, a $1,500 fee, and having your driver's license suspended for 90 days for a minor first-time offense, all the way up to a super-extreme second-time offense. A super-extreme second-time offense can result in 180 days of jail time with you becoming eligible for home detention after 36 days, paying $4,650 in fines, having your license revoked for a full year, and being required to provide a full 30 hours of community service time.

Zero Tolerance Laws in the U.S. for Alcohol & Drugs

As of right now, these so-called zero tolerance laws are in place in 15 states, meaning that anyone caught driving while drunk or using drugs in any of these states with these laws will be sent straight to jail. While it varies depending on how serious the violation is and how many violations the person in question has on his or her record, most states will "gift" someone who is caught driving under the influence with prison time, a fine, a driver's license suspension, and required community service time.

The states that have these zero-tolerance laws are Arizona, Delaware, Georgia, Idaho, Illinois, Indiana, Iowa, Michigan, North Carolina, Rhode Island, South Dakota, Utah, Virginia, and Wisconsin. However, a number of these states also have exceptions for people using certain drugs for medical purposes. Beyond these states, several others have similar laws that only enact them for drivers who have more than a certain amount of each drug in their system, unlike the others that rely on driver performance during on-site DUI tests done by law enforcement.

If you happen to live in one of those states that has a zero-tolerance law code in regards to DUI, then you likely want to avoid using any kind of drugs while on the road. While some states do have exceptions for medical reasons, this is not guaranteed to remain that way forever so it is best to refrain from using any kind of drugs, even if it is for medical purposes, when you are driving or planning to drive in the near future. Doing so will save you significant trouble with law enforcement going forward.