Lake Havasu City is the largest city in Mohave County, Arizona, with a population of 52,527 during the 2010 census. Despite the size of the city, Lake Havasu City is a relatively isolated urban area in the western Arizona region, with very few other sizeable towns nearby. 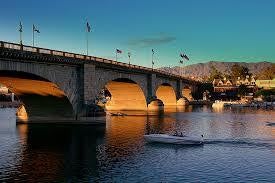 This isolation has made Lake Havasu City an independent area that relies on its own economy and residents for nightlife and society. Havasu Lake, however, is a known attraction that brings tourists in from the surrounding area, especially young adults from colleges during spring break and older retirees from colder areas looking to stay somewhere warm during the winter. Lake Havasu City is also the home of one of the most interesting and historical attractions in the western United States: London Bridge. The stones and other materials that make up Lake Havasu City's London Bridge originally spanned the Thames River in London, England, from 1831 until 1967, when they were bought by Robert P. McCulloch, the founder of Lake Havasu City, and moved to Arizona. The stones were reconstructed to span the Colorado River to connect an island in the River to the mainland, south of Lake Havasu City.

According to CityData, Lake Havasu City's status as a retirement community has impacted several aspects of its culture. Not only does the City have a median age of 53.4, well above Arizona's median of 37.4, it also had a median household income of $45,541, below the state's median of $51,492 during 2015. However, this culture is also likely a factor in the City's low crime rate, which is well below the national average, despite Lake Havasu City's police force being much smaller than the state's average.