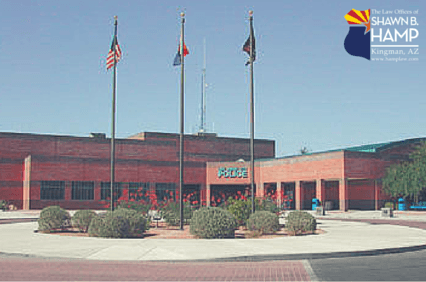 Criminal cases that are handled by the Lake Havasu City Consolidated Court include misdemeanorssuch as Domestic Violence or Driving Under the Influence.  If convicted for one of these offenses a sentence could include substantial jail time.  If the jail sentence is longer than 48 hours , the judge could make the defendant eligible for work release.

The second part of the process is to apply with the Court and the Jail to approve the work release schedule.  A defendant will have to get an employer verified schedule submitted to the Court prior to the defendant beginning their sentence date on the commitment order issued by the judge.  Failing to provide an employer verified work schedule will result in disqualification for the work release program.

Both the Mohave County Jail and the Lake Havasu City Jail Facility have work release programs.  As far as flexibility in accommodating defendant's with their work schedule and overall conditions of the jail, Lake Havasu is the preference for most defendants who have to serve jail time.

All authorized prescription medication must be appropriately dated, medically prescribed for current conditions, and kept stored inside a labeled packaged and must be approved and locked and stored by staff.

If you believe that you will be required to do a substantial jail sentence for a misdemeanor offense plan ahead if you intend to be eligible for the work release program.  Talk with your attorney about the requirements and make sure you get approval for work release by the Court before you start your commitment date.