Law enforcement agents make mistakes. Contrary to popular belief, these perceived moral enforcers are capable of making mistakes and abusing the inordinate level of authority they are granted by state and federal governments. A plethora of stories pertaining to false arrests and police misconduct have blazed headlines for years, causing some to develop leery feelings of the institution and causing others to come to its defense. Whichever side of the public opinion spectrum individuals fall on, it's safe to say that all parties agree on the fact that innocent people shouldn't be charged, convicted and forced to serve time for crimes that they didn't commit. Unfortunately, this miscarriage of justice continues to occur often, affecting large numbers of law abiding citizens who undergo this treatment and are exonerated, but aren't fairly compensated for their baffling experience with the criminal justice system.

According to recent articles, a Florida man was recently falsely arrested and thrown in jail for three months after a police officer mistook residue from drywall for cocaine powder. 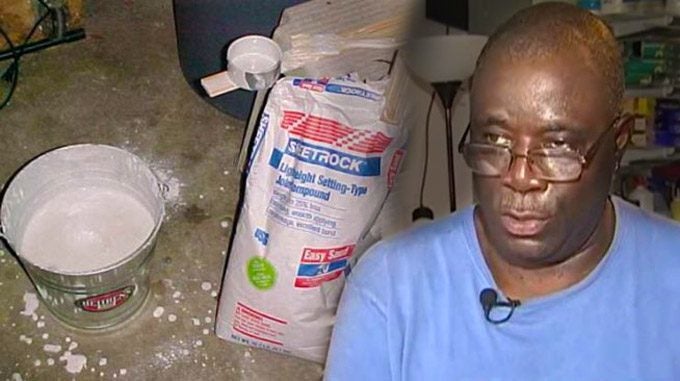 Karlos Cashe had no idea that a routine traffic stop due to a minor infraction would result in 90 days of jail time for a crime he did not commit when he was pulled over by Oviedo, Florida police. Initially, the officer claimed that Cashe had been driving without headlights while inspecting his car. But when the officer noticed that there was white powder on his seat and floorboard, the seemingly minor traffic stop rapidly devolved. The officer collected the drywall residue and asserted that it resembled the illegal substance cocaine. Cashe, who happens to be a handyman, frantically explained that the white powder was in fact drywall powder, which probably got on his clothes and in his vehicle while he was working that day. However, when the officer conducted a chemical field test of the powder, it tested positive for cocaine.

Despite Cashe's recurrent pleas of innocence, he was arrested for cocaine possession and placed in jail until lab tests confirming the nature of the substance were conducted and completed. He was not offered bail and his bond was denied for previous charges that led to him being on probation. He was given no choice but to defend his status as an innocent man in jail for three months. When the test finally came in, it confirmed that Cashe's claims of innocence were true.

“I sat there 90 days knowing I was innocent,” Cashe said. “I want some compensation from them. When I make a mistake I pay for it. That's why I was on probation. It's different for them.”

This isn't the first time these roadside field drug tests have provided false positive. Most tests use a substance known as cobalt thiocyanate to determine if a substance is cocaine by turning blue when in contact with the illegal substance. However, it also turns blue when it comes in contact with dozens of other compounds, such as household cleaners, acne medication and other common items.

If you have been cited with a drug offense, you don't have to accept the automatic consequences associated with this charge. Contact the attorneys at the law offices of Shawn B. Hamp for a consultation today.