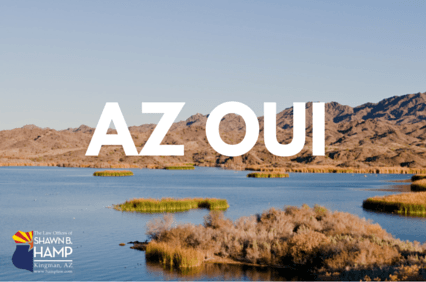 The Arizona Game and Fish Department in Kingman Arizona announced on July 12th, that they will be conducting OUI check points along the Colorado River to search for impaired boaters.

Second OUI CheckPoint Of The Summer On The Colorado River

This is the second OUI checkpoint law enforcement has established this year along the Colorado River.  The first OUI checkpoint was announced on May 31, 2016 and conducted the weekend after Memorial Day.

Boaters that are arrested for OUI can expect to find their cases prosecuted in several courts including the Lake Havasu Consolidated Court, Bullhead City Justice Court, and the U.S. District Court in Arizona.

The following is the complete press release that was published originally here on the Arizona Game and Fish website.

KINGMAN, Ariz. — The Arizona Game and Fish Department (AZGFD) will participate in a multi-agency enforcement patrol this weekend on the Colorado River, pursuing those who are operating their boats and other watercraft while under the influence (OUI) of drugs or alcohol.

AZGFD, together with the Mohave County Sheriff's Office and the U.S. Fish and Wildlife Service, will be on the lookout for boat and watercraft operators violating the law and who are found to be above Arizona's OUI legal limit of a .08 blood-alcohol content.

Throughout the weekend, boaters may be required to pass through a checkpoint and be subject to a systematic safety inspection. Operators will be checked for any sign of impairment from alcohol or drugs, and to ensure the required safety equipment, such as proper life jackets and working fire extinguishers, are aboard.

“Our main goal is to ensure people are enjoying our waterways safely and responsibly, and to help avert the next needless accident on the water,” said Velma Holt, west sector supervisor for the department's regional office in Kingman. “The responsibility for boating safety among watercraft users is critically important.

“Because we share the river with California and Nevada, the area is a major draw for people traveling from across the Southwest. This time of year, our waterways are very congested, which lends itself to the potential for additional hazards.”

Boaters and watercraft users should review all regulations prior to launching. That includes having a U.S. Coast Guard-approved life jacket for every person on board and making sure that anyone 12 and under is wearing one. Boats also must be equipped with a fire extinguisher and a Type IV throwable personal flotation device (PFD).

Additional multi-agency OUI checkpoints will occur on the Colorado River and its reservoirs throughout the boating season.

For more information on boating in Arizona, or to sign up for a free safety course, visit www.azgfd.gov/boating.