Parker is a town in La Paz County, Arizona, with a population of 3,083 during the 2010 census. Despite its small size, Parker is the county seat of La Paz, in large part because the entire county has only 20,489 people living within its borders, making it the second-smallest county in the state. The extremely hot weather in the area is a significant factor in the sparse population in the town of Parker and the county of La Paz. In Parker, average temperatures are over 100 degrees for around a quarter of the year, and the town only gets approximately five inches of rain every year. Many of the people who call Parker home have lived in the area for decades, with Native Americans constituting nearly a quarter of the town's population. 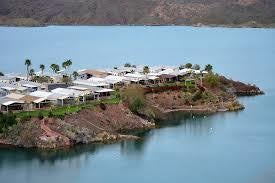 Compared with the rest of Arizona, the town of Parker is slightly below average in terms of income and affluence. According to CityData, while the rest of the state had a median household income of $51,492 in 2015, Parker's was only $44,336.

Perhaps because of the low degree of affluence in the area, crime in Parker is significantly above the state and national average. In 2012, there were 27 assaults, 51 burglaries, 129 thefts, and 15 auto thefts over the course of the year, putting all of them at more than double the national average.

In response, the Parker police force is large for a town of its size, with 14 full-time law enforcement officers, nearly twice as many officers per resident as the state average.