Quartzsite is a town in the county of La Paz, Arizona. The largest community in the county, Quartzsite nevertheless only has a population of 3,677, according to the 2010 census, making it larger than the county seat, Parker. This low population, together with the large land area that falls within the confines of Quartzsite's borders, makes for an incredibly low population density of only 92 people per square mile.

One of the main reasons for this sparse population is the incredibly hot weather that Quartzsite suffers from, nearly year-round. Temperatures average over 100 degrees Fahrenheit from June through September every year, and the area only experiences an average of 3.5 inches of annual rainfall. 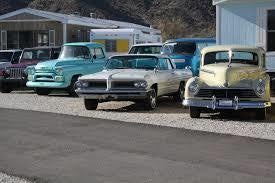 Nevertheless, Quartzsite has a tourism economy that is bustling, at least when compared to the rest of the region. The town has managed to capitalize on the gem and mineral mines that dot the landscape, running numerous events and shows during the winter months that center on gems and other valuable stones. These shows bring an estimated 1.5 million people to the region, many of them camping in recreational vehicle centers in Quartzsite.

Despite this tourism, Quartzsite's economy is lagging behind the rest of Arizona's economy. According to CityData, the median household income in Quartzsite was $30,598 in 2015, significantly below Arizona's $51,492.

This low degree of affluence in the town is compounded by a recent spike in crime. While crime rates had been very low between 2007 and 2010, they've risen significantly in the past few years, and are now nearly double the national average. In response, the police presence in Quartzsite is also above average: The town employed 10 full-time law enforcement officers in 2015, making for a ratio of 2.5 per 1,000 residents, above Arizona's average of 1.88.