The First 48 Hours After A DUI

What to do immediately after you or a friend has been arrested for a DUI.

If you or someone you know has just been arrested for a DUI you are going to be wondering what is going to happen and what are the next steps you need to take.

A suspected DUI driver must be placed under arrest for them to be required to submit to an intoxiylzer test.  The intoxilyzer test will measure the breath alcohol content (B.A.C.) of a driver to determine if they are above the legal limit.

Since all suspects of a DUI are placed under arrest, a vast majority of them are ultimately booked into jail.  If a suspect is booked into jail they must see a judge within 24 hours.  This court hearing is called an initial appearance. 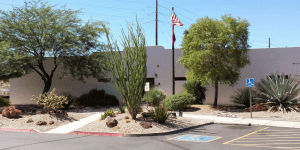 The Kingman/Cerbat Justice Court is one of the many limited jurisdiction courts that handle misdemeanor DUIs in Mohave County.

At the initial appearance the judge will advise the suspect of what charges they are being held on, and will determine release conditions.  The hearings are conducted at the local justice and municipal courts.  If the suspect is arrested in Mohave County, the local jail will have inmate information to tell you what court and time will conduct the initial appearance.  The Mohave County Jail can be contacted at (928) 753-0789.

Members of the public, including family, may attend the initial appearance but the defendant will usually appear by video in the jail.  The judge will set a bond amount based on the seriousness of the charges and what local ties the defendant might have to the community to determine if they are a flight risk or not.

After a judge sets a bond, the defendant will not be able to be released from custody unless they post the bond amount.  A bond can be posted in two ways.  The amount of the bond can be posted with the clerk of the court and can pay with cash or a certified check.

The second way, which is far more common and convenient, is to use a bond company or bail bondsman.

A bond is basically an amount of money that is deposited with the Court to guarantee that the defendant will appear for their future court hearings.  Instead of having to post that money yourself with the clerk of the court, a bond company can post the amount for you.  The bond company will charge you a fee for this service which is usually 10% of the total bond.

There are two main advantages to using a bond company.  A bond company may accept collateral to post the bond.  Instead of requiring the amount of the bond in cash, a bond company might accept a lien to a home, or title for an automobile if the value of the property is sufficient.

The other advantage is sure convenience.  A bond company can post the bond for a defendant in jail 24 hours a day and seven days a week.  The clerk of the court is only open during limited business hours on Monday – Friday from 8am to 5pm.  If the court is not open, or if you live too far away the bond company can make arrangements to get someone released immediately.

Our firm recommends the following bond companies in Mohave County:

When a driver is arrested for operating a motor vehicle under the influence of drugs or alcohol, the automobile is usually towed to an impound yard.

If the vehicle is not located safely on private property and there is no sober available driver the vehicle must be towed.  Police agencies will conduct an inventory search of the vehicle to document what personal items of property are in the vehicle when it is towed.

If the driver is suspected of committing an Extreme DUI or a Super Extreme DUI then the there will be a “30-Day” hold on the vehicle and it cannot be released for thirty days.  An Extreme DUI is when the driver's blood alcohol level is above a .150%.

For the owner of the vehicle to get their car released from a “30-Day” hold, they must request a hearing with the police agency that impounded the vehicle.  Hearings are conducted on certain days of the week.  The owner must prove to the police department that they are the registered owners of the vehicle, and that they are not the individual that is accused of driving the vehicle impaired.  If successful they can take a release to the tow yard to get the vehicle back.  They will still be responsible for the tow and storage fees, so it is recommended that this is accomplished as soon as possible.

Request A Hearing With MVD

A request for an MVD Hearing can be made by phone, fax, or email.

When a driver is arrested for a DUI they are required under Arizona's Admin Per Se Law to submit to a test of their blood, breath, or urine, to determine their blood/breath alcohol content if they are suspected of committing a DUI.

If the driver's blood/breath alcohol is above a .08% or if the driver refuses to submit a test, then their driving privileges will be suspended.  The suspension is 90 days or 12 months if they refused to take a test.

The suspension will go into effect automatically 15 days after the day of the arrest unless a request for a hearing is made with MVD within that time period.

Sometimes an officer will require a driver to submit to a blood test and still issue them a notice of suspension for their license.  It could take months before a blood result is tested but the driving privileges will still be automatically suspended even without test results. This means that a driver who was not even above the legal limit could still loose their privilege to drive.  It is almost always advisable to request a hearing right away.

A request for an MVD Hearing can be made by phone, e-mail or fax.

After a DUI arrest, the clock starts ticking immediately on your court case and your driving privileges.

If you can afford to hire a private attorney, or if you are appointed a public defender, you should contact them immediately to understand your rights in a DUI case.  Explaining the facts of the case while they are still fresh in your mind can help your attorney identify any potential defenses or information that needs to be gathered to help your case.

You need to preserve any evidence or defenses that will help your case. As explained previously you also must request a hearing so that your driving privileges are not suspended automatically without the State proving that your license should be suspended.

A private attorney can request a hearing with MVD on your behalf, and can evaluate your case for any possible defenses.  If you delay, you could loose your driving privileges automatically you might loose the right to present witnesses and evidence on your own behalf at trial.