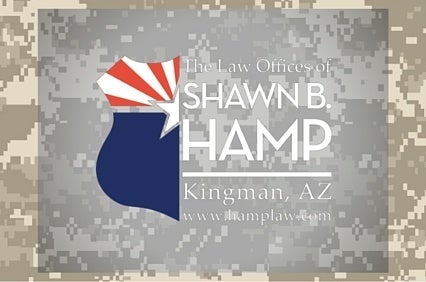 U.S. Veterans sometimes face difficult challenges in transitioning back to civilian life.  The Kingman Municipal Court recognized those challenges and have started a special “Veterans Court” to provide the additional resources to rehabilitate Veterans who go through the criminal justice system.The first Veterans Court was established in Buffalo New York in 2008.  Since then over 200 Veterans Court programs have been established across the Country.

The goal of these programs is to get the resources needed to help Veterans with their unique challenges.  Veterans are more likely to face symptoms from Post Traumatic Stress Disorder (PTSD) and depression. There are recognized correlations between substance abuse and violence with these conditions.  Criminal offenses such as DUI and Domestic Violence can be a result.  One of out of ten inmates incarcerated in the United States have served in the armed forces

Approximately 30 to 50% of criminal defendants re-offend.  Defendants that go through Veteran's Court programs have a much lower 10% recidivist rate.

Lake Havasu City Municipal Court was the first rural county court in Arizona to start a Veterans Court program.  After a successful year of the program, only one of the forty plus participants re-offended during the life of the program.  The City of Kingman hopes to duplicate some of that same success.

A participant in the program takes on a much more intensive form of probation when they sign up.  Each veteran gets assigned a mentor, submits to random drug test, must attend Court twice a month for a support group style meeting.  More resources are allocated from the probation department and shared with the Office of Veterans Administration to make the program a success.

After completing the program participants get the opportunity to have their original criminal charges reduced or dismissed to commemorate their rehabilitation.