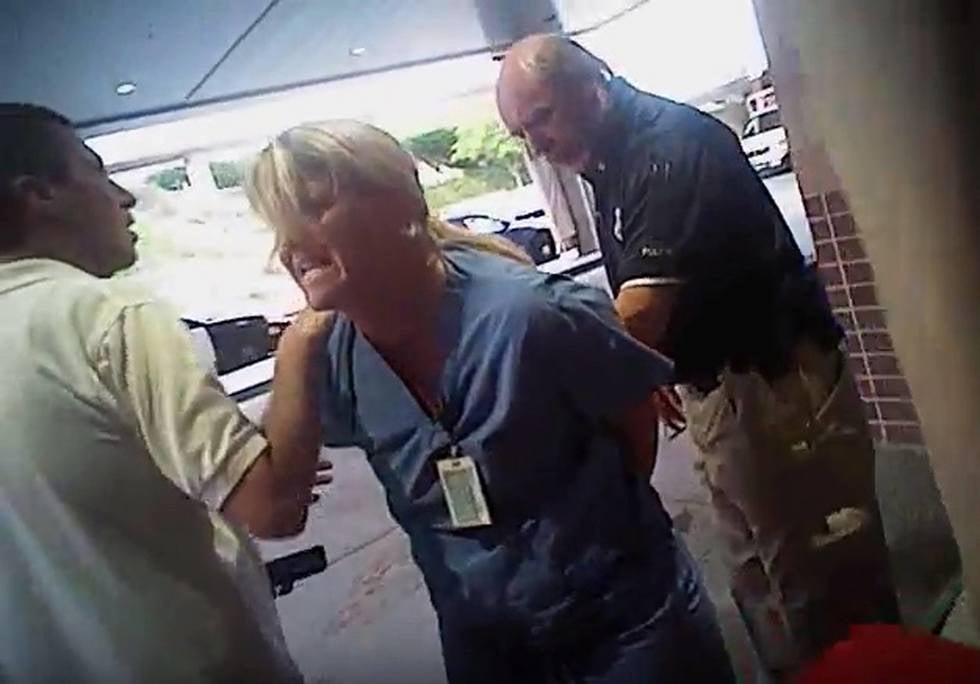 The Utah detective, who viciously arrested a nurse while trying to perform an illegal search for evidence in a drunk driving crime, has been fired from the police force in a rare instance of police accountability.

A police chase ended with the suspect driving right into an oncoming tractor-trailer. The suspect was killed in the crash, while the trucker was severely hurt and burned. He arrived at the hospital in a coma.

Even though the trucker was not suspected of driving under the influence (DUI), Utah detective Jacob Payne wanted to perform a blood alcohol content (BAC) test. However, not only did Payne not have a warrant, he didn't have the trucker's consent to take a BAC test (the trucker was unconscious), the trucker was not under arrest, and Payne had no probable cause to believe that the trucker had even committed a crime.

So the nurse on duty, Alex Wubbels, refused to let detective Payne perform the BAC test.

Detective Payne arrested her for “interfering with a police investigation.”

Payne's police partner, however, had a body camera working, and the video that it captured went viral online in the weeks after the arrest.

On October 10, after more than two months of internal investigations, the Salt Lake City Police force fired detective Payne, who had been on the force for 27 years. Payne's supervisor, Lt. James Tracy, who had ordered Payne to arrest nurse Wubbels, was demoted.

The decision to finally hold individual police officers accountable for their actions while on the job is a step in the right direction. Police who overstep the boundaries that have been set for them are responsible for civil rights and even human rights violations across the country, promoting a public distrust in the police that makes crime even worse as people take justice into their own hands.

If it weren't for the body camera that Payne's associate was wearing, it's almost a guarantee that nothing would have happened to hold the police accountable for their unjust actions. Wubbels' attorney pointed out that, “without the body camera footage, it would have been a she-said, they-said” kind of story. These situations rarely work out for anyone but the police, who rely on their status as cops to instill a sense of trust in listeners, whether they are members of the public, journalists, or juries.

One of the most common times for police to overreach is when they are enforcing DUI laws. Drunk driving is a very political crime, as advocacy groups like Mothers Against Drunk Driving (MADD) push politicians to create ever more rigorous DUI laws. Seeing a police officer finally being held accountable for his overreach is refreshing.

The DUI-defense lawyers at the Law Offices of Shawn B. Hamp fight for your rights and interests. If you're facing DUI charges in Arizona, contact them online or call their law office at (888) 202-9222.