Which year had the most DUI arrests in Arizona over the Thanksgiving Holiday Travel period? 2022 or 2021?

The Governor's Office of Highway Safety released the data that helps determine the answer.

Holiday weekends are notorious for an increase in DUI arrests as traffic police set out more roadblocks and traffic stops believing that we all find ourselves relaxed, social, and a little more likely to indulge in a drink or two more than our usual before getting in our vehicles again to head back home.

These stops, tests, and arrests are recorded for statistical purposes. Analyzing the data submitted for the time between 23 and 26 November 2022, we see there were a total of 323 DUI arrests in Arizona. 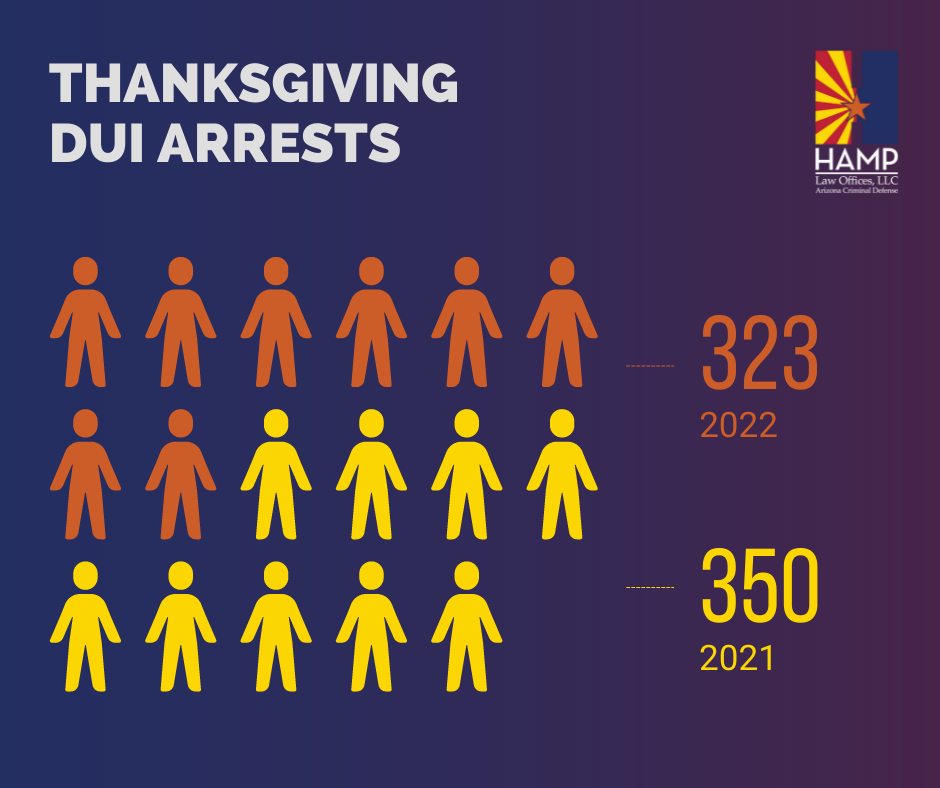 Considering the number of traffic stops had increased, these are encouraging numbers. In 2022, the traffic control police stopped 8957 drivers, whereas last year only 8513 drivers were pulled over during the Thanksgiving period. 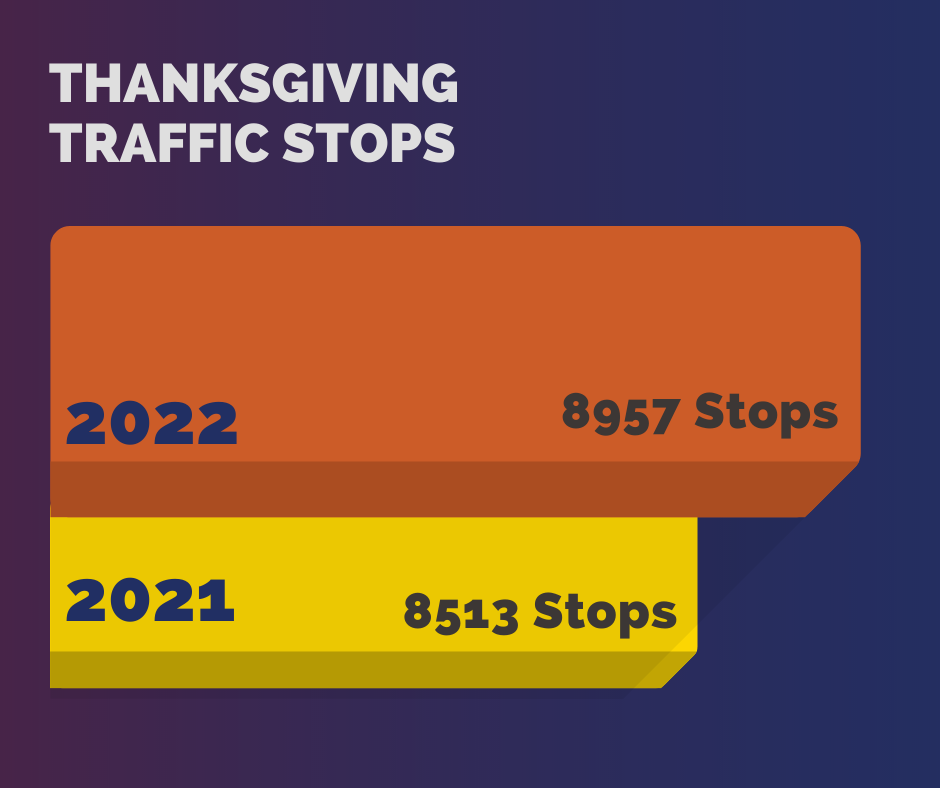 Of the 323 DUI arrests made in Arizona over Thanksgiving, 75 drivers had a BAC reading greater than 0.15 which then classifies these arrests as Extreme DUI arrests. 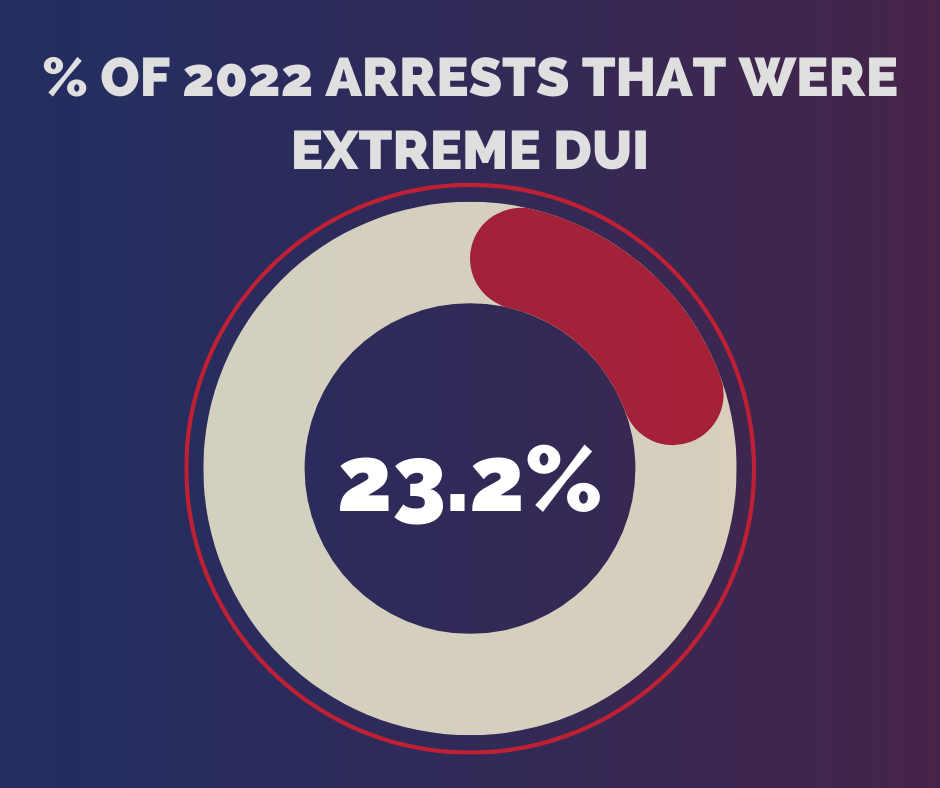 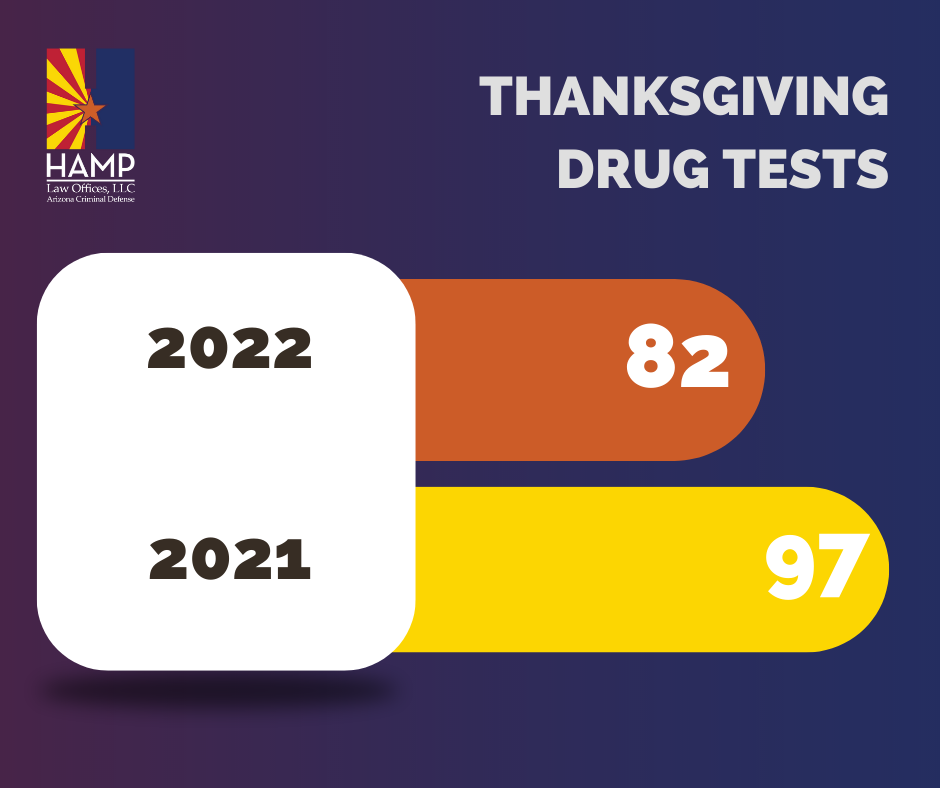 Citations were issued over this Thanksgiving period to 12 people under the age of 21 who were caught drinking alcohol.

Non-DUI / alcohol-related citations were also issued during this time. These include:

Of all of the above, 214 arrests were made in Arizona this Thanksgiving weekend.

As an attorney, I believe this information is important because it highlights the trends that law enforcement agencies are seeing in DUI enforcement.

The increased holiday patrols happen every year because the Arizona Governor's Office of Highway Safety annually gives agencies grant money to increase traffic enforcement over the holiday weekends. Ultimately the goal is to deter drunk driving by arresting more drunk drivers with increased enforcement.  From a deterrence point of view, the program was successful because fewer DUI arrests occurred even with more traffic stops being conducted.

Agencies are receiving increased grant money because of Prop 207, the law legalizing marijuana in 2020. This provides money to police agencies for the enforcement of DUI Drug laws through the sale of cannabis for personal use.

But overall is a 7% reduction in arrests a significant improvement?

It has been predicted that DUI arrests would continue to substantially decrease because of more public awareness, ride-share companies like Uber, and auto safety features like “self-driving” cars, but no trends in the past couple of years point to any significant reduction.

As a criminal defense lawyer, I can attest that people still continue to make the mistake of driving under the influence in spite of all these government efforts.