Landmark Ruling Made by Supreme Court on Cell Phone Privacy 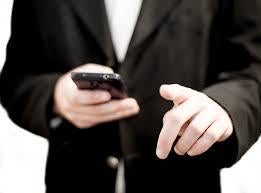 Landmark Ruling Made by Supreme Court on Cell Phone Privacy

With every text, call, or update of Facebook, a collection of your cellular activity is shared with wireless carriers in your area. With nearly 400 million cell phone accounts currently open in the United States—more than the total population of the country—the concern for privacy on these devices has never been so high.

On June 22, the United States Supreme Court made a landmark ruling on the issue of cellphone privacy after reviewing the actions taken by law enforcement obtaining cell phone information from robbery suspect Timothy Carpenter. The Court ultimately decided that obtaining location information over a long period of time from a person's cell phone without a warrant directly violated their Fourth Amendment rights. This decision ensures that law enforcement can no longer abuse the use of outdated legislature on new cellular technology.

WHAT IS THE FOURTH AMENDMENT AND WHAT DOES IT PROTECT?

The Fourth Amendment of the United States Constitution constrains the government's ability to perform “unreasonable searches and seizures” on its citizens. This often requires that police officers and other law enforcement officials obtain a search warrant before attempting to uncover evidence from an individual. In the past, law enforcement officials have been found guilty of attempting to take advantage of individuals who are unaware of their Fourth Amendment rights, conducting unlawful searches that should have required a warrant. To become an expert on why the Fourth Amendment is your best friend, CLICK HERE

In 2011, Michigan police arrested four men who were presumed to be linked to robberies at a Radio Shack and T-Mobile in the Detroit area. Upon their arrest, one of the suspects admitted to a spree of break-ins occurring throughout Michigan and Ohio over approximately the last four months. The suspect went on to provide FBI agents with phone numbers and contact information for several of his old accomplices who were linked to the heists. With the information gained from the suspect, Federal Agents had the information they needed to proceed with retrieving cell phone data records of one of the accomplices, Timothy Carpenter, under what is known as the Stored Communications Act (SCA). Created in 1986, a Prehistoric Age for technology, the SCA allowed authorities to obtain telephonic information on suspects if it was deemed that the data aided to solving an ongoing criminal investigation. The evolution of cellular communication made the SCA much more vague, giving law enforcement a clear loophole to bypass a search warrant and obtain cellular information at the mercy of American citizens.

Officials used this principle in the case of Timothy Carpenter to track his cellular location without the implementation of a warrant for nearly 130 days, connecting him to the robberies and leading to his arrest. After the search of his location data, Carpenter would eventually be charged with six counts of robbery, along with six counts of carrying a firearm during a crime. Carpenter would go on to argue that the seizure of his cellular information had been a direct violation of the Fourth Amendment due to the lack of a warrant.

SUPREME COURT RULING AND WHAT IT MEANS

After reviewing the case of Timothy Carpenter, the Supreme Court found that the retrieval of Carpenter's cellular information by law enforcement did in fact violate the Fourth Amendment. Due to the rather extended amount of time law enforcement followed the cellular activity of Carpenter, it was believed that a warrant was necessary from federal agents when obtaining the information from the third-party wireless data company.

This ruling could potentially be a sign of the Supreme Court attempting to “update” laws and statutes, now being forced to consider technology that couldn't have been dreamt of by the Founding Fathers during the drafting of the Constitution. The review by the Supreme Court could ensure that as Americans become more reliant on technology, updates to laws will ensure that the rights of individuals continue to be upheld. Citizens no longer must feel as if the cellphone in their pocket is a virtual GPS tracker for the federal government, monitoring every action you make on your smartphone, along with the location of where you made it. This decision places a greater amount of freedom back into the hands of Americans and clamps down law enforcement's ability to overstep boundaries through previous loopholes they were able to utilize.

Though people can acquaint themselves with the Fourth Amendment with research, it often takes an experienced criminal defense attorney to ensure that prosecutors are not taking advantage of them. Arizona attorney Shawn Hamp knows how to use the Fourth Amendment to protect clients who have been accused of a crime. Call his law office at (866) 490-HAMP or contact him online.