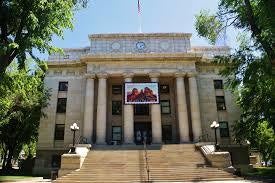 Prescott is the county seat Yavapai County, Arizona. With a population of 39,843 during the 2010 census, Prescott was also the largest city to be located entirely within Yavapai County – the city of Peoria has significantly more people, but only a small sliver is in Yavapai County. While it was the capital of Arizona between 1864 and 1867, and then again from 1877 until 1889, Prescott is now the undisputed center of Yavapai County, with most of the area's residents and nearly all of its cultural attractions within its boundaries. Prescott's downtown area has numerous small businesses and restaurants, while the Frontier Village Center and the Prescott Gateway Mall provide numerous places for local residents to spend their free hours.

Compared with the rest of the state of Arizona, Prescott's residents are relatively older, but are also average, in terms of affluence. According to CityData, the median age of Prescott's residents is 56.7 years old. Arizona's median age, on the other hand, is 37.4 years old. However, those residents in Prescott were also making a median household income of $48,210 in 2015, just slightly below Arizona's, which was $51,492.

When compared to the rest of the United States, Prescott is a relatively safe place to live, with crime rates slightly below the national average. This applies to both property crimes, like thefts and burglaries, and to violent crimes, like rapes, assaults, and murders.

Despite the low crime rate, Prescott does not employ an overwhelming number of police officers. In fact, in 2015, there were only 88 full-time law enforcement employees, significantly below the state average for a town the size of Prescott.